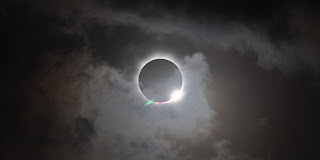 I don't know what my wife is doing, but our little girl is BIG. Growing at double the rate of most babies in the eight weeks since her birth. I've searched the house for syringes and growth hormone - nothing. Maybe there's something about giving birth on Australia Day that puts a little extra zing in your breast milk? In any case, our daughter Aya is already as big as most kids twice her age and every bit the healthy, beautiful girl we had hoped for, so I guess we'll just count our lucky stars.

The character we chose for Aya means "beautiful design", with some common usage in relation to kimonos. Masumi was keen to have a one-character name, to match our older boy Ryo. I was just happy to give her a solid, easily understood name. It happened that she joined us on her due day - just like Ryo - and at a time when we were about to move into our new home. With such good timing, and in the face of the awesome reality and blessing of now having two children, it's easy to believe that it really is all part of some greater, beautiful design.

Oh, and there was the small matter of her being born on AustrAYA Day... :)

Of course, new baby and moving house all made for a good deal of mayhem to kick off the year. Having Masumi's mother on hand to help for nearly two months made the house even busier, but certainly lightened the load. Another big help was ten days of dedicated paternity leave, courtesy of our recently approved enterprise agreement. A few of the boys from work pitched in to help us do the move - couldn't have done it without them! And we were in the house just in time for my brother to visit for a week, during which I put him to work with shovel and wheelbarrow to make a fantastic start on the landscaping.

In the four weeks we've been in the house thus far, we've always had a visitor staying with us - Masumi's mum, my brother, then my mum. It's only now, a month later, that we finally have the place to ourselves. The company's been wonderful, but it's nice to have a quiet Saturday night to ourselves, at last!

However, I could do with a little extra help around the garden still. We're getting someone else to do the patch of grass out the front, but I've got a massive load of rocks and gravel still to move around by myself, trying to stop our soil from eroding away in the big wet. It's only really the last couple of weeks that the wet season has come on in earnest here in tropical north Queensland - all the rain went south before that! Hopefully a few well placed boulders will help to hold it all together until the dry.

We get to enjoy a bit of quiet time until June, when we're probably heading off to Japan for our usual summer pilgrimage. If you have a chance to visit Cairns in the meantime, now that we've got room for guests, feel free to get in touch!