Well, what a year it's been. At least, looking back at where Masumi and I were at this time last year, it feels like we've crossed a stormy sea, climbed a mountain or two, and finally found ourselves in some sort of paradise. All's well that ends well and this past 2 months really has been fantastic.

Life in Cairns for us has been pretty simple since we were reunited and allowed back into the country in February. I run my chess business and work on shift at the airport. Masumi has been studying hard to gain an Australian child care qualification and improve her English. The rest was just a matter of enjoying life in tropical Queensland and preparing for our summer in Japan and our wedding.

So I took two months purchased leave from work - you could never take that sort of leave as a public servant in Japan! We arrived in Japan halfway through July, straight into summer, straight into the height of dancing season, just catching the tail of the monsoon. We had nearly 4 weeks before the wedding day, but there was precious little time to relax. Meetings with planners, choosing flowers, shopping for gifts, preparing program booklets and name cards, and writing and translating speeches... it was a proper wedding, in every sense!

Most of our evenings were claimed by Awa Odori practice. We had to travel 30 minutes each way to the city for the dancing, and being in different groups with different venues added another dimension to the effort we had to make, but we're both committed dancing fools and we wouldn't have it any other way! Of course, we also had lots of friends to catch up with along the way, and we got some rafting in, too. It was a busy month!

As the wedding drew near, Masumi was under strict instructions to stay out of the sun, avoid any potential injuries, and get lots of beauty sleep. Everything came together in the last week, but it only really hit home that we were having a wedding when my family and friends arrived from Australia. They all turned up in Tokushima the day before. We had a brief couple of hours to spare to help them settle and grab a meal together before Masumi and I were off to dance again. The next time we saw each other was in our full wedding dress.

Choosing a date for our wedding involved a couple of considerations. Firstly, we wanted to have the wedding around the Obon holiday, so that we could dance and have my family experience the full Awa Odori festival. Summer is also a slightly less expensive time to host a wedding in Japan, the prime seasons being spring and autumn. A Saturday was best for people who might otherwise have work commitments or who have to travel. Furthermore, Masumi checked a Chinese astrological calendar to see which days in August were auspicious days of good fortune. Luckily, there was a day that fit the bill on all fronts, Saturday August 8.

A typhoon scooting around off the south coast of Japan was threatening to bring rain to Shikoku for a couple of days before our wedding, but the forecast bad weather never seemed to eventuate. Our wedding day dawned bright and beautiful, and we turned up at our venue the Kashino Club in the afternoon to start getting all dressed up.

It all kicked off with our families being formally introduced prior to the actual wedding ceremony. Masumi had some 27 relatives in attendance. My side was just Mum, Dad, Michael and his wife Lisa - a bit of a difference! I made up for that with a good number of friends, but it was certainly an interesting start to proceedings. It was also the actual first time our immediate families had ever met! To their credit, everyone dealt with it really well and both families got along just fine, language barrier and all, for the whole week.

Our ceremony was held indoors, in traditional dress with a semi-traditional style. We took elements from the very traditional "shinzenshiki", a Shinto ceremony which only involves family, but essentially went with a "jinzenshiki" style of wedding, so that we could involve all our friends and keep the atmosphere a little lighter and more personal.

Once we got properly underway, the rest of the evening disappeared in a blur of speeches, toasts, photos, dress changes, laughter and tears, and of course eating and drinking. Some highlights:

The evening went really well and everyone seemed to have had a good time. I'll let the photos say the rest!

After the reception, we kicked onto the nijikai, the after-party, where Masumi's friends made a great effort to show us a good time and make us feel even more special. And for good measure, we backed up for a couple more drinks at the third party before retiring to our hotel for the night. It wasn't until we woke up and checked out that we realised just how fortunate our timing of the wedding had been. Our plans to travel out west and go rafting with my family and friends were scuttled by torrential rain, so much rain that the highways were closed and the mighty Yoshino River had risen well above safe rafting limits. We turned around, found a good onsen, and spent the rest of the day relaxing - just what we all needed, really!

We had a spare day to do a bit of sightseeing before the dancing festival started in earnest. So we headed out to Naruto to see the whirlpools, did a bit of Aizome indigo dyeing, and visited temple number one on the pilgrimage route of 88 temples. There was talk of some of the boys coming back one day to do the pilgrimage, but I'm not holding my breath! On the Monday night, our two families got together again for some proper bonding time over good izakaya food and many drinks. It topped off a great wedding weekend.

But really we were just getting warmed up. The rain disappeared by the time Tokushima city's dance festival kicked off on August 11 with the massive Awa Odori stage performance ZENYASAI. I was performing, which claimed my whole day, but Masumi and our support team showed up to enjoy the first of three stagings. Then the street festival proper got underway on the 12th. Masumi and I were busy dancing, but we managed to catch up with our crew at various places around town over the next two days. My brother scored himself some time dancing with my group Tensui-ren - fully decked out in our dancing gear, he really looked the part. I think the scale of the festival took all our guests by surprise. They knew I was into the dancing, but had never been able to appreciate the atmosphere of Tokushima until they experienced it for themselves. I was just glad that they could finally see what I'd been raving about all these years.

Masumi and I took the day off on the 14th to see our friends and family off. We'd shared a hectic, wonderful week with them. My family were off to Kyoto for some more sightseeing. Frank and Markus headed off to climb Fuji. Everyone else was on their way home. That evening was the Toyosaki family's annual barbecue. I ended up drinking more that night than I had the whole week! I guess after such a busy few days that I needed a few drinks!

My head was a little sore the next day, the last day of Awa Odori, but my feet certainly appreciated the break. We got stuck in for the final day of the festival and backed up with more drinks at the end of the night. Waking up on the Sunday, we had time for a quick trip out west to catch up with some friends and see the last of the Awa Odori in Ikeda, but then we had to get busy cleaning up after the wedding and packing our bags.

We flew back to Australia with my family, but really we were just stopping over, because we were back on a plane 24 hours later... to beautiful Bali!

Bali was a different kind of mayhem. There must be an underlying order to the chaos of traffic there, but rather than try to understand it, we just left the driving to the taxis and focused on enjoying it all. Everyone's trying to sell you something in Bali, but once you get used to that, it really is quite beautiful. We caught some great sunsets, saw some fantastic dancing, did a lot of shopping, relaxed with massages whenever we could, and even caught a spot of rafting. At one such sunset, we were caught out by the local monkeys - one cheeky little simian strolled up behind Masumi and snaffled her scrunchie right off her hair! But those are the stories that make for a great honeymoon. All in all, it was the holiday after the holiday that we really needed.

Now we're back in Cairns. It's almost a relief, after all that action, to be back in Australia and be able to settle back into a normal rhythm. I guess it won't be long before we start making serious plans about our future, but for now it's nice to just sit back and relax. Who knows what's next? There are all sorts of possible futures for Masumi and I. In any case, I reckon after making it through the past year, we'll be right for whatever comes next.

Hoping to see everyone again soon, lots of love,

Good things for those who wait

I can't say that we chose to wait. But wait we did.

Visa crisis take one and Masumi got kicked out of the country last June. Visa crisis take two occurred when I visited Japan for dancing season. We got married on August 20 - married in the morning, and I was on the plane that evening. I saw Masumi for a week in October. The spouse visa finally came through on December 30. Finally back together again on January 21, in wintry Japan. And I brought Masumi safely back to Australia on February 4.

Now we're in Cairns. Back to work at quarantine and chess is starting up for the year for me. Masumi is searching for work in child care. Time for some good things to come our way!

Speaking of good things, these photos. Erm, for lack of a better translation, pre-wedding photos. A bit of a Tokushima tradition and in Masumi's words, "I don't mind about the wedding, so long as we do the photos." Of course, we're still doing the wedding. 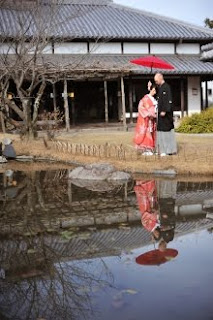 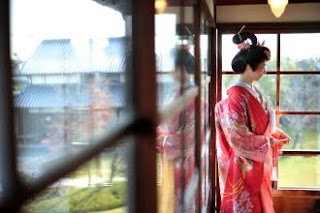 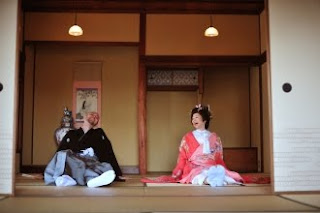 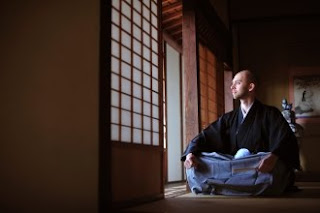 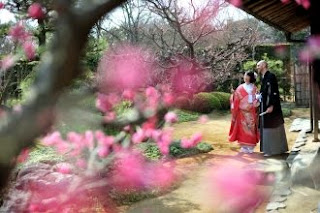