Today I feel it’s time to take a deep breath.


Like that moment before you step out onto stage.  Or feel the current on your paddle before a big rapid.  Or gather yourself before you go into that job interview.  Or commit yourself to that special someone. 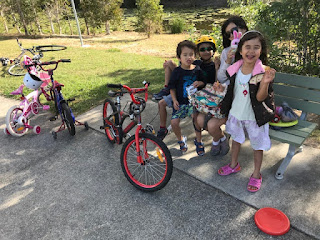 I’m reflective - it’s a day full of memories for us.


I’m preparing myself for change – for dealing with doubt and stepping into the unknown.


But most of all, I’m full of hope – hoping our future is bright, seeking the joy in life, believing that things will work out for the best, and trusting that love will see us through the things I can’t foresee.


Which is how I remember this day ten years ago, the day we were married. 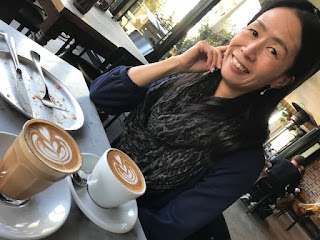 Our wedding ceremony was 9 years ago this month, and that was a wonderful day.  But it was 10 years ago today that we got married, lodging the documents at the local town office in the morning and then kissing each other goodbye as I got on the plane in the evening.


I know I’ve written about this many times in the past, forgive me for dwelling on it again...  But I guess 10 years is a milestone.  It’s always an emotional day.  And it’s a bit more emotional for us now, as we prepare to move back to Japan and live apart for the next little while.


We’ve toyed with the idea of moving back to Tokushima a few times over the years.  Probably ever since I left Japan in 2006, I’ve wondered if I can ever get back there for more than a month at a time, pick up some work, maybe hit the river again, maybe get back into dancing with Tensui-ren.

Now that our kids are school-aged, we want them to experience Tokushima and get a solid grounding in their Japanese heritage while they are young.  But it’s always been a challenge, financially and practically, to really create an opportunity to make the move.  It’s only recently in the face of some family health issues that our priorities have lined up and this idea has crystallised.


We’re committed.  We’ve bought the tickets.  Exchanged the dollars for yen.  Talked to the schools.  Lined up a few apartments to look at.  Told family and friends.  Said a number of farewells.  Budgeted for a few tough months.  We’re doing it.  In September we’ll be there.  It’s getting real and scary and exciting and all that. 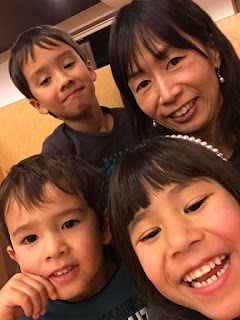 So Masumi and the kids are moving back.  It could be for months, or a year, or longer, we don’t know.  I’m joining them for the first month, then I’ll return to Australia to get back to work, and we’ll see how it goes from there.


It’ll be difficult being apart for long periods at a time, but we can see each other every day thanks to the wonders of modern technology.  Having been here on the Gold Coast for nearly 5 years now, so close to my family, I know that you can’t put a price on time with your loved ones.  We’re making the same investment in our family in Japan, while we still can.  And also working to make the most of the time for the kids and Masumi’s career and all that.  We’ll make it work.


I’ve already got a plan for when I want to visit over the next 2 years, right up to the northern summer of 2020, when Tokyo hosts the Olympic Games.  Nowhere near Shikoku, but if it’s anything like Sydney back at the turn of the millennium, or the Gold Coast earlier this year, the whole country will be abuzz, and it’ll be a great time for the kids to soak up a bit of inspiration.


Speaking of the Commonwealth Games, did you see me on TV?

What a great experience.  10 hours of rehearsals per week for two months leading up to the April opening.  A little part of me wonders if there’ll be some Awa Odori at Tokyo 2020, and maybe they’d like to have some internationals in the mix… if it’s anything like the time I had with the Opening Ceremony team here on the Gold Coast, it’ll be totally worth it.

We’re off to Japan next week, but before we go, we’ll get to tick another little box on our Awa Odori goal list here in Australia.  The local Japanese community association that I’ve been a part of this year is having a special launch event at Parliament House in Brisbane this week.  Masumi and I will dance briefly, to our usual amazing live accompaniment of Don Kon Ten Shan.  It must surely be the first time Awa Odori has ever been performed to a large audience of MPs in a house of government in this country.  I hope when I get back to start something regular for locals to get involved in.  I know I keep saying that… one little achievement at a time!


In the meantime, we’ve just missed another Obon festival in Tokushima.  The last time I danced at Obon was in 2015, I think… it really has been a long time!  Apparently season 2018 has been one of drama in Awa Odori circles in Tokushima.  It was revealed that the festival has been financially mismanaged for many years and run at a significant loss, despite being the largest event in Tokushima every year.  As part of trying to change things up and improve ticket sales at all the big venues, a long-standing dancing tradition “sou-odori” was cancelled, but with little notice or consultation.  Prominent groups pulled out of another major performance in protest, and then ran an ad hoc “sou-odori” without permission at another location anyway.  Oh the controversy!  I can’t wait to get back there and hear all about it and hopefully get my jiggy on.


But for now, tonight, some quiet time.  A few deep breaths.  The calm before the storm.


It’s been an incredible 10 years.  This time 10 years ago, on the plane all alone, I had no idea where we’d end up.  With the love and help of family and friends, we’ve made it this far – if you’ve read this far, you’re probably one of those, so thank you.  I don’t know about the next 10 years, I don’t even know about the next 10 months, but these days I am more accepting of that.  With hope, a little bit of a plan, a fair bit of can-do attitude, and each other, I know we’ll be right.