Our first two pregnancies were smooth sailing.  Number three was not.

Constant bleeding in the first half of the journey.  Regular hospital visits.  Categorised as "high risk".  Cancelled travel plans.  Gestational diabetes in the third trimester.  Further "high risk" sort of treatment, leading to an early induction of labour.  And a new sort of experience in the birthing suite, in terms of how it all went down.  Not least because we didn't know whether we were having a boy or a girl.

But I guess it's all relative, and now, with our newest addition to the family safely in the world, it all seems well and truly in the past.  For all our worries - and who doesn't worry about all the things that could go wrong along the way? - it turned out that my wife is a champion, the staff of Cairns Base Hospital are excellent, and our son is a survivor.

And of course, it turned out that we had a boy. 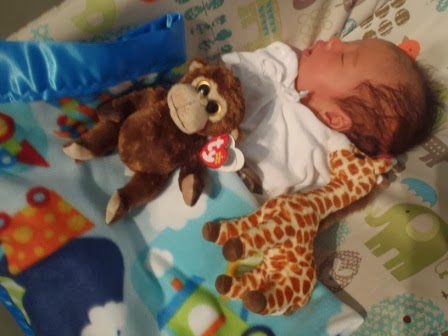 We've named him Ren.  A solid Japanese boy's name, but easy enough for Australians to pronounce.  Like his older siblings, a short name, represented by a single calligraphic character.  There's a little nod to our Awa Odori dancing history - our dance groups back in Tokushima are called Tensui-REN and Uzuki-REN.  But the actual meaning of the character we've chosen is "lotus", as in the flower.  It also has connections to a major set of Buddhist teachings about the path to enlightenment called the Lotus Sutra.  I certainly feel a little closer to understanding the meaning of the universe after all this.


In the moment that he forced his way into the world and cried with his first breath, I felt great joy and relief and renewed faith in the meaning of our shared existence.  Ren didn't give up on his chance at life.  We didn't give up on him.  Now we are five, not such a little family any more, and God and Google as my witness, I will never give up on any of my family, ever.  Thank you, Ren, for this and everything to come.

Five weeks later, we're all doing great.  Ren is already graduating into big nappies, putting on the pounds just like his older brother and sister did.  Ryo and Aya seem to be pretty accepting of the new presence.  We couldn't have gotten through this first month without the wonderful help we've had from both grandmothers.  We're on our own now, it's going to be a little mayhem (for the next 20 years?!?!?), but we're hitting a good rhythm and it should be all good from here.

I'm back at work, of course, and there have been some interesting opportunities coming up recently.  Will have to wait for the new year to see how it all really pans out, but you know what they say about it raining and pouring...

Until the next update, love,